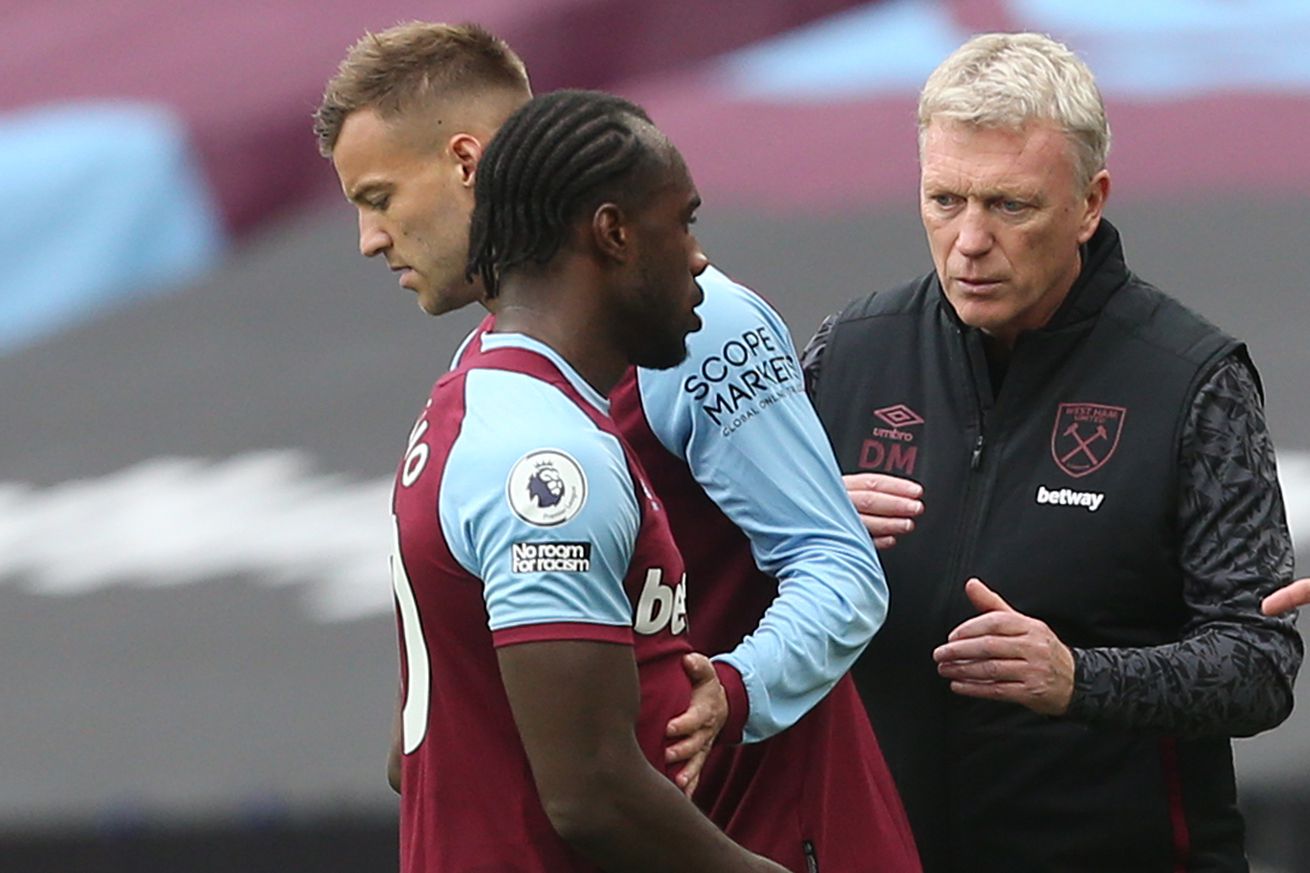 In a reversal, the Hammers’ Michail Antonio is set for a lengthy spell on the sidelines.

When you are in the midst of a center back injury crisis as Liverpool are, the absolute last player you want to go up against is a big physical in-form striker such as West Ham’s Michail Antonio.

With the reigning league champions set to welcome the Londoners to Anfield for Saturday’s Premier League clash, reports had emerged that the burly forward was expected to pass a fitness test to make the matchday squad and do his level best to make young Rhys Williams’ league debut at the heart of defense a troublesome one.

However, an update has reversed that prediction, with Antonio now projected to miss at least a month of action stemming from the hamstring injury picked up in last week’s 1-1 draw with Manchester City, per the Guardian

. With David Moyes’ squad on a four-match unbeaten streak and their star striker averaging a goal every other match, the weekend’s clash had been shaping up to be a tricky one for the injury-ravaged Reds, with Joe Gomez joining Williams as the only fit central defenders in the squad.

Jürgen Klopp has backed Williams and his fellow academy defenders to step up to the plate. However, with domestic and European fixtures coming thick and fast, any edge he can give his makeshift center back pairing helps. With Antonio now out, the Reds will only need to worry about the 6’4 Tomáš Souček and the 6’3 Sébastien Haller when the Hammers come to town.