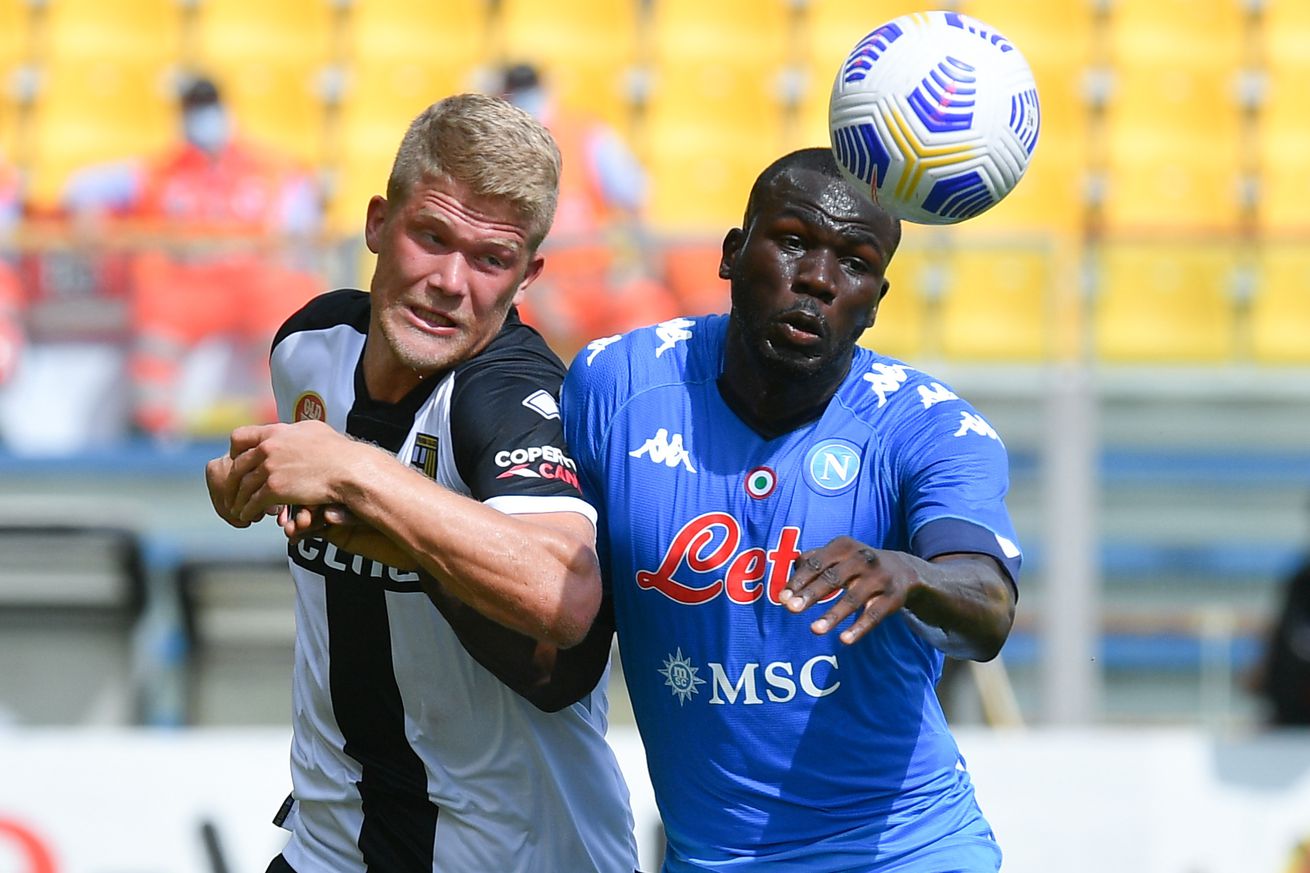 With the Reds weathering a defensive injury crisis, links to the star center back have reemerged

Three gritty wins on the bounce since losing star center defender and defensive linchpin, Virgil Van Dijk to a season-ending ACL injury has been proof that Liverpool are refusing to give up on what had originally been shaping up to be promising campaign.

However, the Dutchman has since been joined on the injury list by Joël Matip and converted midfielder Fabinho, leaving academy youngster Rhys Williams to partner the last remaining first team center half, Joe Gomez in the heart of defense.

A January defensive recruitment drive has naturally been mooted in the press, as Jürgen Klopp will be expected to belatedly replace last season’s fourth choice center back, Dejan Lovren sold to Zenit St. Petersburg in the summer.

While the rumor mill will surely recycle some of the defenders linked to the Reds in the most recent transfer window, such as Brighton’s Ben White, RB Leipzig’s Dayot Upamecano and Schalke 04’s Ozan Kabak, another name familiar to Liverpool fans could reemerge: Napoli’s star center back, Kalidou Koulibaly.

“I love Naples and Naples loves me, that’s the most important thing,” the defender said via Sky Sports when recently questioned about a potential transfer away.

“I always make myself available game after game, I still have three years of contract, I’m calm, the teams are looking for me but I’m still here.

“I play at my level and I help this team and these people because I want to give something back to them then we’ll see what happens.”

The colossal defender has been the most coveted name on the market since Van Dijk joined the Reds in 2018, and had been subject to serious interest from Manchester City in the summer. However, the Citizens were ultimately put off by the £90m price tag, landing instead on their fourth-choice target in a £68m deal for Porto’s Ruben Dias.

The Senegalese international had a difficult 2019-20 campaign, with injuries limiting him to the fewest minutes he’d played in a league campaign for Napoli since arriving from Genk in 2014. The lanky defender often struggling badly in the games he did appear, including a horror show in a comprehensive two-legged 4-2 defeat to a weak Barcelona in last season’s Champions League round of 16.

“I had a more difficult season [last year] even if I didn’t do badly but we know the level I have and we knew I could give more,” the 29-year-old admitted.

“This year the coach told me that it mattered a lot about me because I have to help the team and I had to get back to my level. He simply told me the truth and told me to my face and I went to work and available to everyone and today we see the result,

“But we must be aware that the season is still long and there are many games where we need to maintain this level.”

The once-in demand center defensive star has shown signs of returning to form, leading his Napoli squad to 2nd in both the Serie A table and their Europa League group. Nevertheless, it is almost certain that there will not be a bid from Liverpool or anyone else approaching the most recent £90m valuation due to the financial pressures brought about by the pandemic-fueled cash crunch.